For my niece Paris – make sure you do all the things.

My parents were both committed public servants. Now retired, as teachers they served their whole working lives under one employer – the Department of Education. Career for them meant progression up the ranks, professional development, postgrad study and contracts at various schools. Work was a vocation, something linear and defined for which they got paid an hourly wage.

I remember as a kid also being encouraged to become the same. A vet. An architect. Another teacher. My parents were delighted when I started my journey towards ‘Academic’ by commencing a PhD in politics and were devastated two years later when I pulled out without much of an idea of what to do next.

Looking back, the career advice I really needed from my parents then was that, whatever my future, it was unlikely to look anything like theirs.

Positively, the future I found is filled with boundless opportunity to make, create, and do. Technology has torn down walls, flattened hierarchies and redefined power structures. From the rubble we’re building things, connected to each other by tiny filaments of light that reach out across oceans and clouds to support, challenge and inspire.

There is also more opportunity to take alternative paths or to travel down many roads at once. My smart friends have dived in headfirst. They eschew the idea that a career should rest on someone else determining whether they are good enough. They want to be the job makers. Others are creating new roles that didn’t exist 5 years ago – building teams, defining themselves and their contribution without a university degree to tell them how to do it.

On the flip side, contract employment is on the rise. Government, the traditional champion of ‘jobs for life’ is removing tenure and benefits, and the movement of positions offshore is becoming commonplace. ‘Careers’ are on shakier ground, things are being rationalised, and resilience is the new black. Everyone I talk to seems to have faced redundancy or is turning towards it, is emerging from restructures or taking their first short-term contracts just to be employed. We discuss doing more with less and our unease: the niggle that something isn’t quite right.

My take? I should have explored sooner. I should have questioned, challenged and spent more time on discovery. I should have had more of a go, built things, looked for opportunities instead of waiting for them to come to me. I also needed to travel more, find space for contemplation and place far less emphasis on a linear trajectory that included mortgages and other expensive things. Oh, and I really really should have learnt to code.

Thankfully something clicked for me about a year a go and I am getting the chance to do some of this now – I think just in time too. For generation next, my career advice is that it won’t look anything like this. Just like my parents couldn’t predict my current state, we don’t know what yours will hold either. What is important is that self-determination and an ability to adapt to that change is really what it is all about. The opportunity is there, you just have to be the one to grasp it. 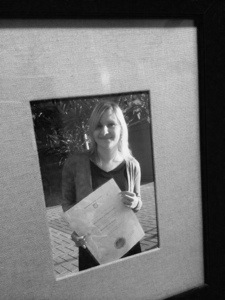